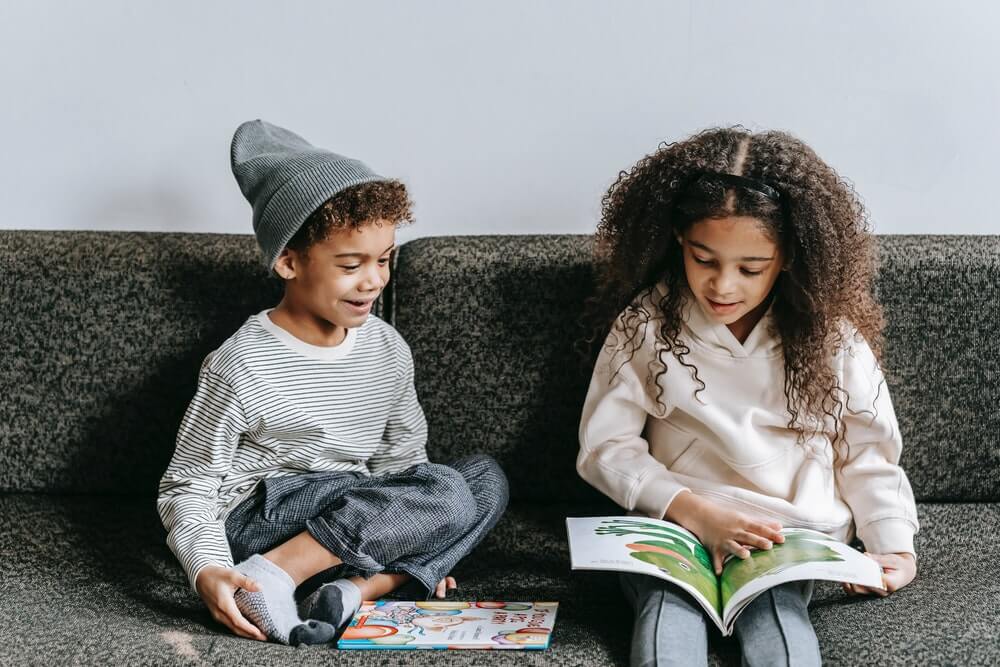 Aidan Severs shares the essence of his #ReadingRocks_17 workshop.

The purpose of reading

What is the purpose of reading? Most people would say that we read for enjoyment and to learn. There will be those who think some books are for enjoying, and some are for learning from. Other folk will agree that the act of reading in order to learn something is enjoyable. Some readers will only do it for one reason or the other.

Children’s novels are ostensibly written so that children gain pleasure from them, and from the act of reading. But if we actually considered some of the books that children read, and if we scratch beneath the surface, we will find that children’s books are for so much more than pleasure and enjoyment. In fact, they are for learning.

Reading is for more than enjoyment and learning

Learning about what? What can made up characters in made up places doing made up things be possibly teaching children? Well, when it comes to making my point, quotations abound – from researchers, authors and children who read:

“The empathy we feel for book characters wires our brains to have the same sensitivity towards real people.” – Raymond Marr, et al (2009) in Exploring the Link Between Reading Fiction and Empathy.

“Books that make you feel empathy can really actually change you. When I feel empathy in stories I think so much more. I turn the pages more slowly.” – Ethan, age 10, Moorlands Primary Academy (with thanks to EmpathyLab)

The Daily Telegraph ran a piece with the headline ‘People who read books tend to be nicer than those who don’t’ which reported on a recent study by researchers at Kingston University that found that people who read works of fiction tend to be kinder and more empathetic. In an article for the Guardian children’s literature advocate and author SF Said asked the question ‘Can children’s books help to build a better world?’; he concluded, “Books for young people can build bridges of understanding. They can help us live together in this world. And maybe – just maybe – they can help us start to build a better one.”

Research on the more-ness of reading

And if research-based evidence is your thing, the aforementioned paper from Marr et al, whilst acknowledging that more studies need to be done, concludes thusly (citations removed for ease of reading):

“There is growing evidence that reading narratives, even those explicitly labelled as fiction, is far from a meaningless leisure activity that ends when one closes the cover of a book. Several researchers have demonstrated that exposure to narrative fiction can influence our attitudes toward various issues…. evidence is accumulating that the reading of narrative fiction can have important consequences, whose quality and underlying mechanisms require closer study.”

Adults who read for empathy

I’d be willing to bet that most adults who read fiction regularly can think of a book they’ve read recently which has changed their perspective on something. Take ‘The Curious Incident of the Dog in the Night-Time’ by Mark Haddon as a popular example. When I first read it as a young man fresh out of uni and about to take up my first teaching post, my eyes were opened to what life might be like for someone with Asperger’s Syndrome. Whilst it is certainly no textbook on the condition, I began to empathise, perhaps paradoxically, with someone who struggled to empathise with others. I enjoyed reading it but importantly, I learnt from it too. What’s more I actually felt something – a sympathy which I hope down the years has prompted me to action with various children and adults I have met: this is empathy.

In his recent book ‘The Empathy Instinct’ Peter Bazalgette notes that “arts and culture, by their very essence, tell us stories about the human condition and help us to understand and live with our fellow citizens”. His book is optimistically subtitled ‘how to create a more civil society’. He reveals that neuroscientists have demonstrated that when we see people in pain it stimulates the neurons in our own brains to “fire in the same way as if we ourselves were in pain” but that we also have “…the ability to imagine a fictional person is in pain, and still empathise.” He concludes that “when we tell and listen to stories, we rehearse our human responses” and that stories are “…a fundamental exercise in empathy…”. Bazalgette goes on to illustrate how certain pieces of fiction have actually influenced people into social action; for example, The Water-Babies by Charles Kingsley brought about positive changes in laws concerning child labour in the 1800s.

Keith Oatley, professor emeritus of cognitive psychology at the University of Toronto, writes “in literature we feel the pain of the downtrodden, the anguish of defeat, or the joy of victory—but in a safe space. In this space, we can, as it were, practice empathy. We can refine our human capacities of emotional understanding. We can hone our ability to feel with other people who, in ordinary life, might seem too foreign—or too threatening—to elicit our sympathies. Perhaps, then, when we return to our real lives, we can better understand why people act the way they do, and react with caution, even compassion, toward them.”

The role of schools

Children, for many reasons (one biological one being that humans tend to display tribal behaviour by default), don’t always deal with differences in a kind and empathetic manner. It makes it more difficult for them when all around them there are examples of intolerant adults committing atrocities as a result of their inability to understand others.

A school’s RE curriculum is vital when it comes to learning about one of the most divisive aspects of humanity: religion. Much of the PSCHE curriculum seeks to engender a better understanding of others. Indeed, a lot of what goes on in schools in general is to do with the social aspect of getting along with one another. But often these important subjects get squeezed out of the curriculum, often because subjects for which schools are held accountable are given the most prominence.

But, hang on! What is one of those subjects? Reading! Yes! And we must capitalise on this – children can learn all they need to know about religion, culture, nationality, sexual orientation, identity and so on from the books that they read during those reading lessons and all that time spent reading at home.

Books to read for empathy

With this in mind, then, some examples of books that might help children to begin to better understand others around them, and the issues tackled in each:

It is not just stories that help children to become more empathetic. By linking carefully-chosen non-fiction texts to the stories we read children can become more factually informed, which in turn, should develop their empathy.

In their book Reading Reconsidered Lemov et al write that children are more likely to understand and be invested in a non-fiction text if they can relate its content to fictional characters who they feel connected to. So reading stories, and getting to know the characters, can spur children on to want to read factual information relating to the issues facing the characters they have grown to love.

For example, a child reading one of my favourites, ‘Hitler’s Canary’ by Sandi Toksvig, a World War Two story with a twist (it’s set in Denmark for a start), might have very little desire to know about Judaism until they are caught up in the daring exploits of Bamse, Anton, Orlando and the rest of the Danish resistance against the Nazis. Most children wouldn’t have the impetus to learn about the persecution of the Jews or the occupation of Denmark if they had not read this excellent book – let’s face it, most World War Two topics stick to the impact of the conflict on Britain and its child evacuees. Without reading this, children would have no cause to read incredible real-life accounts of how the Danish people helped the vast majority of Danish Jews to escape the country and certain death.

By linking non-fiction texts to our fiction books we not only make non-fiction reading purposeful and relevant, we also make it much more accessible due to the children’s investment in the characters. We can also take a cross-over approach by reading real-life stories such as Floella Benjamin’s ‘Coming To England’ – non-fiction narratives can be very moving and powerful.

Reading for empathy for life

In June 2017, The Guardian reported that “50% of prisoners in the UK are functionally illiterate. This means half of the 85,000 people currently incarcerated have a reading age of 11 or lower – with 20% falling well short of that mark. Many prisoners are completely illiterate.” Causation, correlation or effect? If causation then we might surmise that those who commit crimes have not had the chance to learn empathy from books, and for those of us who teach in areas with high crime rates, we have a particular duty to read to the children we teach, to generate a love of reading, to put the right books into their hands – it might just be their ‘get out of jail’ card. For others not as likely to go onto commit crimes, the right books might be the difference between growing up to be sexist, racist or homophobic – characteristics which might never show themselves overtly but will characterise how they operate in society.

Reading for empathy for now

And school isn’t all about what a child grows up to be – there’s the here and now as well. If developing empathy through children’s literature is really possible, then we will be creating school environments where children are more naturally kind to one another. Developing this positive culture will mean less time spent on other behaviour management techniques, and more time to get on with the business (such as reading great books!). Granted this approach will take a while to embed and will definitely need to be adopted by all in order to be successful – if Peter Bazalgette thinks we can change whole societies, then surely this has to start in schools, which are microcosms of present and future societies.

Reading for empathy for wellbeing

As well as being good for whole communities, reading for empathy has the potential to impact on individuals in a positive way, too. A study done on nurses found that nurses with higher empathy scores had higher wellbeing. Perspective-taking – seeing things from another’s viewpoint, a key component of being empathetic – has been shown to be a positive predictor of psychological wellbeing in a study on Japanese university students. Other studies give the same results.

One of the techniques in Tammie Prince’s book ‘Mindfulness in the Classroom’ outlines how exploring characters in books can help children become more aware of their own emotions and feelings and can develop emotional intelligence. A recent study on mindfulness-based stress reduction (MBSR) showed that 16 juvenile delinquents who underwent an 8-week programme of MBSR showed increased grey matter in the left hippocampi, a part of the brain involved in emotion regulation and perspective-taking. Given that the regulation of emotions and cognition play an important role in healthy psychological functioning, reading for empathy as part of mindfulness could be an effective tool for reducing stress and improving wellbeing. Indeed, an extensive body of research during the last decade has established that MBSR leads to improvements in psychological health and well-being [1] [2]. At a time when children’s mental health appears to be at a low, surely we must ensure that we are doing what we can to improve their wellbeing, and if we can do it with books, then that’s fine by me!