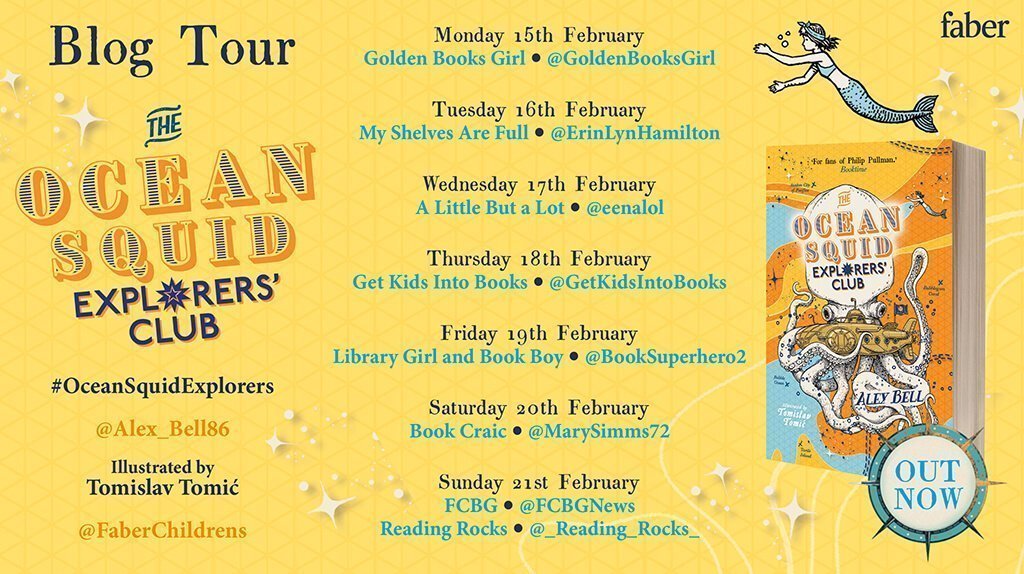 We are so excited to have Alex Bell’s fourth book in this series on the blog today. I’m sure many of you are fans of the series and can’t wait to read this next installment.

We were so lucky to interview Alex. Here’s what we chatted about:

I’ve always written short stories right from when I was little. When I became a teenager, I started writing longer fiction and when I was studying law at university, I got my first book deal. My Dad had bought me a copy of the Writers and Artists Yearbook, and I used that to get an agent, and then it went on from there. To young students who want to write I would say that the best thing you can do is read as many books in as many genres as you can. You learn a lot without realising it that way. I’d also suggest writing as often as possible too, because this is the best way of improving your craft. It doesn’t even matter if you don’t like what you’ve written because you’ll still have learned something from it.

That’s such good advice. Too often children see writing as a destination and not a journey. I think the more we can encourage them to write for practice and learning the better. Notebooks all the way I say!

I’m not a great plotter, so I don’t usually know the entire plot before I begin. I prefer to have a good idea of the characters and the set-up and, usually, some idea of where I want them to finish at the end. The rest I discover along the way as I find out what works for the characters’ story and what doesn’t.

How interesting! I think that would sound daunting to me, but I love that you go on the adventure with your characters!

Yes, sometimes! That’s why I prefer not to plan in too much detail. I might find I get to a plot point and the character resists. Then you have to rethink and take things in a different direction.

I absolutely love the idea of a character resisting the author. This could be a little story in itself! A great lesson for young writers to learn about being creative and solving problems in writing, though.

It kind of depends on why you’re stuck. A change of scene and a bit of space can help sometimes, if you just need to let thoughts circle around your brain for a bit. Other times you just need to sit there and force yourself to write something, even if it’s a bad scene. It might still help you work out what direction to take things in next. Another thing I occasionally do is jump to a different part of the story and write a chapter that I feel more certain of before coming back to the one that’s giving me trouble,

I’m currently working on a new YA horror project, which has been a lot of spooky fun so far!

Exciting! Thanks so much for sharing a little about how you write with us. 🙂

Now, let’s hand over to our Reading Rocks Reviewer, Tania Findlay, to find out more about the book:

First of all, I’d like to thank Reading Rocks for inviting me to review this book for their blog. And what a book!

I hadn’t read any of the previous Polar Explorers’ Club books and so I didn’t really know what to expect, but one look at the wonderfully intricate cover of The Ocean Squid Explorers’ Club made me want to dive in!

Ursula is a girl who works at the club as a submarine engineer, but she longs to become an explorer which is easier said than done: the Ocean Squid Explorers’ Club would never entertain having a girl among their ranks. However, Ursula is determined to make them rethink their archaic rules! It isn’t just the fact she is a girl though, Ursula has another secret, one which would have serious repercussions if the club discovered it-she is half mermaid!

Scarlett Sauvage or ‘The Collector’ as she is also known, from the Phantom Atlas Society, is a sworn enemy of all the Explorers’ clubs and she is systematically stealing parts of the world & locking them up inside snow globes! She says this is in the name of conservation, but she has a more dastardly plan in mind: she has her sights on the Ocean Squid Explorers’ Club!

Ursula is thrown together with two Junior Explorers, Max & Jai and Jai’s sister, Genie. Together they commandeer a submarine ‘The Blowfish’ and embark on a spectacular sea adventure to save the other clubs from The Collector. At last, even though it isn’t technically within the club’s guidelines, Ursula is finally getting to be a bona-fide explorer!

Author, Alex Bell, is clearly gifted in the way she builds a setting & a character, her description is second to none and when she describes the sea creatures within, whether it’s the Sneezing Jellyfish, the majestic Water Horses or the kaleidoscopic Sequinned Starfish, you’re immediately transported into the ocean with the characters & feel as if your are experiencing it all with them. I, for one, totally want to experience a Starfish Disco after reading this book!

And these characters! They’re brilliant.

I love that Ursula is a strong female protagonist, she is an engineer already and she is resolute that somehow she WILL be an explorer despite it being a male dominated career and when there are so many people sayings she can’t!

Max is a junior explorer, he’s black, & often has a cool design shaved into his fade. His  explorer speciality is that he is a robot inventor! A bit of a maverick-he’s the polar opposite of Jai and they rub each other up the wrong way, at times, despite having way more in common than they originally think!

Jai (and his sister Genie) are of Asian descent, Jai is the poster boy for the club, he has a prosthetic arm and this has not hindered him in any way, as he has earned many medals for his exploits! He adores his sister & is willing to risk his position in the club to lead a petition to challenge the rules that they have about not allowing girls in!

As a mixed race little brown girl myself, I never saw characters like me in books when I was younger (that weren’t negative stereotypes) and I can’t tell you how refreshing it is to see such a range of people & backgrounds represented in this book!

As the story progresses, Ursula’s secret is revealed, but it turns out that, as they travel together on this mission, each one of the children has something that they disclose about themselves & this helps them to bond even more !

The young crew of ‘The Blowfish’ encounter many obstacles they need to overcome on their way, some of which are captured in glorious double page illustrations by the very talented Tomislav Tomić. Exquisitely detailed, these help the reader bring Alex Bell’s wonderful description to life.

The Ocean Squid Explorers’ Club is a fast-paced adventure for Yr.4 upwards, that has friendship & acceptance at its very heart!

Thank you Tania for a brilliant review, Check out Tania’s other reviews here. If you’d like to be a Reading Rocks Reviewer, you can sign up here.