5 Years as a Reading Ambassador: A Positive way to spend Pupil Premium Funding 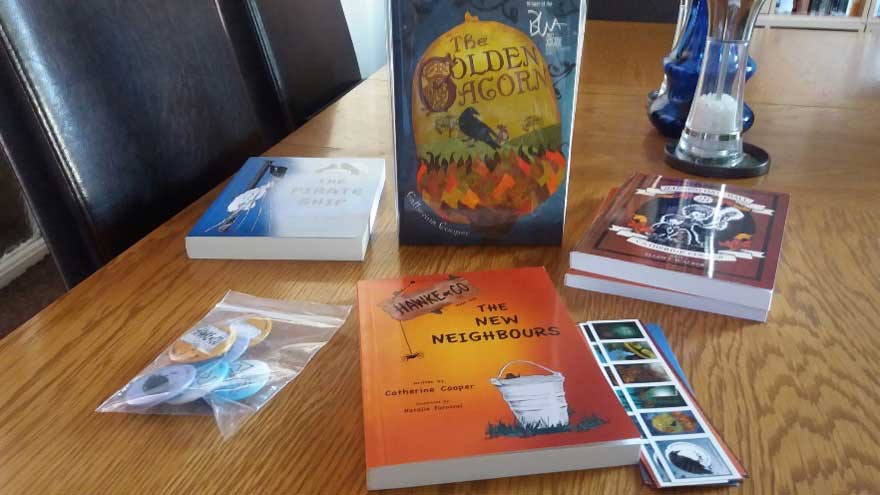 As we approach the launch of our PPG Book service, we are delighted to welcome Sara Leath to the blog to share her experiences as a Reading Ambassador. It’s so interesting to read about this way to use PPG funding to ensure vulnerable pupils can be given the opportunity to read for pleasure.

I was hired in 2013 by an inner city Liverpool primary school. The headteacher at the time was very passionate about advocating the benefits of reading to children and she firmly believed that every child should have the opportunity to learn to read

The day I interviewed and got the job, she called me to say that my enthusiasm for the role was what had won it for me. I am still grateful to this day that she took the chance on someone like me instead of someone who would’ve had more experience.

The second half of my role (the less target driven but far more rewarding part) was to promote reading for pleasure as a whole school ethos. To allow this some context, this meant capturing the attention of four hundred plus children from a variety of backgrounds with a plethora of different barriers (including high transience, difficult family lives and other issues) and all in an area of the city which was seriously struggling with literacy.

The reading interventions, at first, were very simplistic, not much more than simply hearing children read for five to ten minutes at a time and helping them when they stumbled. Data was collected by performing baseline reading age tests.

I was allowed 2 hours of planning time a week on a Friday while the whole school had their ‘golden time’ and Friday assembly. Two hours of planning was (and still is) something unheard of for any member of support staff but fortunately for me, the luxury of not being assigned to a class allowed me to keep it as a part of my routine. Without it, I highly doubt I would have been able to organise half of the forty plus events and trips that took place in my tenure at the school.

A lot of funding was ploughed into the school. A new outdoor cabin had been built expressly for the purpose of creating a relaxed  reading environment for groups. A new library space had been created which simply needed filling with new books. It was an idyllic role to enter in to.

After three months, I was asked to reassess my intervention children and present my findings before a meeting of governors, in order to determine whether or not I was having an impact. Out of the 30 children I was asked to work with, 24 of them showed reading age progress of three months or more, there were cases of persistent absence and other barriers for the 6 that had shown no progress at all. Did this translate to immediate progression in class, not at first. But in most of the cases that did follow. It was then decided that my role was worth continuing and a month after the meeting my one year temporary contract was changed to a permanent one. From then on, any and all children who came to me were assessed three times a year to show whether or not the interventions were helping them to make reading progress.

With my success came a very large change in approach to reading for attainment. It was decided that every child possible should receive a level of reading intervention, every day. It was up to myself and other already overloaded support staff to hear as many children read as we could pack into each day. A good way of helping to address this was to utilise parent volunteers and members of the community, which built local relationships in the area.

This aside, promoting the reading for pleasure element of my role rapidly became what I did it for. I was well aware that I was up against the age of portable devices and computer consoles. I had to encourage children who were otherwise not interested and sell them on the joy of reading.

I did this by organising events such as Strictly Come Reading, a fun take on a reading contest where staff read to the school children. Where pre existing events such as Bloomsbury’s Harry Potter Night or Booktrust’s Pyjamarama Day took place, I promoted them heavily in school and children across the school were encouraged to take part. Working with Liverpool Libraries and specifically with an inspirational colleague who works for Booktrust has been a source of great joy for me. I’m still involved with their participation in Roy Castle Lung Cancer Foundation events such as the Spooky Welly Walk.

The main positive I could take was that I was given a lot of support, training and freedom to organise and lead within our setting. This included organising and leading trips to libraries in Liverpool, Birmingham and London.  Any events that generated funds were ploughed straight into buying new books for the school (using pupil voice with suggestions in our well used library suggestion box as our guidance).

I made many connections with authors who would happily answer some brief questions in return for promotion of their books within school. One or two even sent free copies of their books!

Our school worked with Liverpool Libraries, The Reader Organisation and other agencies in order to create a quick and colossal change in attitude towards reading. Our school also learned the value of Twitter and other social media, I’ve used groups such as Primary School Book Club (@PrimarySchoolBC )

to help inform on some of the great reading choices available.

I was fortunate enough to even be able to attend the Reading Rocks conference on two occasions, not only giving my school children the chance to marvel over a signed book from the legendary Maz Evans, but also allowing me the chance to share the experience with my own pre teenage son, who loved sharing her stories with me (except for the last one, which I cried like a baby through from start to finish).

The downside (there’s always one) was balancing reading for pleasure with reading for attainment. There were a couple occasions where a teacher, stressed to the hilt with upcoming SATS worries or some other issue would actually refuse to allow me to take children for intervention on the grounds that they felt 5 minutes reading a day wasn’t going to make much of an impact. I didn’t agree with them, I still don’t. Most staff were incredibly positive and got behind the idea of taking reading for pleasure seriously. As a result, reading results did go up. The flexibility of my working hours meant that I could be involved in regular meetings with SLT, mostly with the English lead, who was very positive and supported me in helping to change negative attitudes towards hearing children read. I was allowed to be involved to help with staff training as I constantly searched for fresh and dynamic approaches to sharing a love of reading with other adults.

Whilst the role itself provided a regular and sustainable stream of books and support for the school, the amount of work became the opposite. At the height of my time, I was running three after school clubs, a daily lunchtime comic book club, on top of being leader of the pupil librarian team and lead of the children’s school newspaper. I also delivered sessions for parents on how we used the Read Write Inc programme of phonics to help children and hosted after school sessions for parents on promoting a love of reading for their children at home. Parent volunteers would come and work with me doing reading interventions, which for me became a lot more targeted and specific as time went by.  As funding was reduced and staff numbers cut, the pressure to continue with reading interventions grew. The number of children I worked with each day grew to more than 50. The more interventions I was asked to do, the less time and quality was given to them.

I deeply regret that I could only sustain the energy needed for my role for 5 years. I feel that with more staff and funding, the role could have lasted longer as there would have been more support to help reach as many of the school children as we could. For a school with a large number of EAL and pupil premium funded children, ensuring that there could be progress for every reader was something I deeply believed in. Due to funding depletion, my replacement has had to abandon the Reading Ambassador Role entirely to cover classes and is now teaching. The role itself was never renewed.

However, I do not regret a single second of my experience. And the school’s amazing achievement of Gold in the Liverpool Reading Quality Mark (back in 2016) is still something that opens doors for me career wise to this day. I have used my acquired knowledge in subsequent roles to help build communications between a current setting and the previous setting that I’ve worked with. I’ve consulted SLT members on reading and phonics schemes such as Acelerated Reader and Read Write Inc and have been able to deliver effective training to staff. I was given the role of joint Read Write Inc lead which was heavily supported by the management of the next school that I worked with. I was even able to launch a multi school reading for pleasure event in Liverpool’s Central Library called the School’s Penny Readings; it ran for 2 consecutive years before stopping due to the pandemic.

The very first thing I set about doing in my most recent setting was establishing a library space, where children could go to enjoy some quiet reading time in a relaxed and friendly place. The existing book stock was barely used and the space has now been transformed for a minimal spend (using pre existing resources within the building – including old paper magazine files and a creatively used label maker)!

The impact for my old school was also huge, they have since taken part in council run reading festivals and have shared their practice with other schools, informing them of what worked for their setting and what didn’t. Reading for pleasure is a cornerstone of their philosophy and is heavily referenced on their website. The ethos of every child being able to attain great things in life is at the heart of their culture.

My fondest memory has to be of a year 4 child who, when taking part in a Reading Buddies Scheme run by the Reader Organisation, was asked if she had a hero to which she replied, “it’s miss because she makes reading fun!”

There is always the question of whether the funding would have been better spent directly on books. Maybe it would, but without someone to galvanise interest in reading, those books would have sat on shelves gathering dust. I consider myself lucky to have been that someone for 5 happy years and I’d recommend hiring a reading advocate for any school. It can be money well spent.

Teachers as readers – the teaching superpower!

As we welcome new ECTs to the profession this September, we want to focus on encouraging and nurturing teachers as readers. As a primary school teacher do you ever find yourself asking any of these questions? “Do I REALLY need to read children’s books?”   “I know...

END_OF_DOCUMENT_TOKEN_TO_BE_REPLACED

Welcome to the Reading Rocks Best Book Awards 2021-2022! We're so grateful to all our Reading Rocks followers, subscribers and amazing authors! So thank you to each and every one of you for being part of the Reading Rocks community this academic year. We hope you've...